Restoring a Piece Of History

The Standard Bank Building on 88 Commissioner street was opened for business in 1908 and by the 1930s, it became the bank’s head office. In 1978, the building underwent a significant revamp which included the installation of a central chilled water plant. The installation consisted of a Carrier HR30 chiller plant located in the basement of the building as well as condensers and chilled water pump sets, distributing chilled water to the plant rooms on each floor. An air handling unit on each floor provided conditioned air to the floor via a ducted system and distributed it into space via re-heat constant volume diffusers.

The client requested that the following criteria be met: 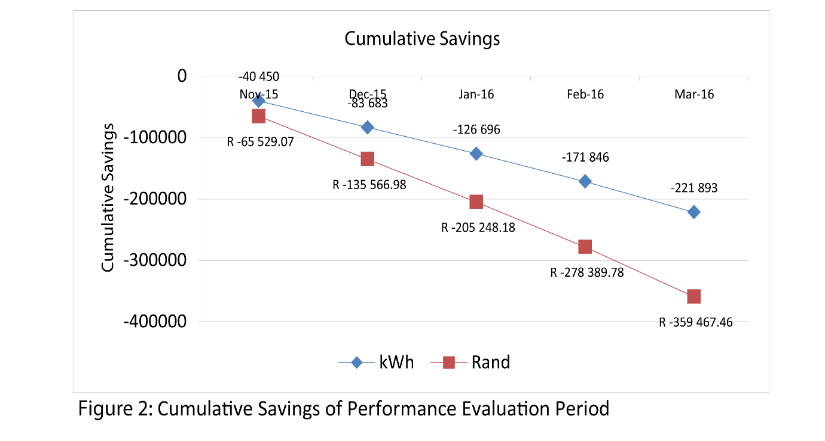 Since the building was designed during the 1900s, the structure posed a particular restriction where salvaging the chilled water equipment by either installing an air-cooled chiller on the roof or by stripping and re-building the chiller in the basement would have been a near impossible task.

Due to the building’s layout and the sound mechanical condition of the supply fans, it was decided that we would re-use the plant rooms and the prefabricated air handling units would be removed. In turn, they were replaced with new prefabricated air handling units with a single interlaced evaporator coil that was installed and linked to Mitsubishi Electric’s linear expansion valve (LEV), which allows for the correct capacity airflow mix as determined by the Adaptive Resources Consulting Agency.

Interestingly, the old centrifugal fans were retained and are now digitally controlled by Mitsubishi Electric Speed Drives interface between the condenser and LEV, speeding up and slowing down, depending on the space demand. Interlinking into a BMS (Building Management System) was a seamless exercise due to the interface adaptors supplied by the Mitsubishi Electric Airconditioning Distributors team.

In addition to the above, large openings in the plant room walls were introduced with free cooling mechanical louvres, which were installed in each plant room to provide a free cooling system that worked exceptionally well. When this phase of the operation is used, over pressurisation fans linked to the speed drives draw out return air at the same rate as outdoor air is drawn into the building to ensure free cooling is achieved.

The process of upgrading the air handling within the building was planned down to the finest detail and none of the training rooms was disrupted during each phase of the project. This was achieved by decommissioning the old chiller equipment floor-by-floor and implementing the change over from chiller to VRF after hours. 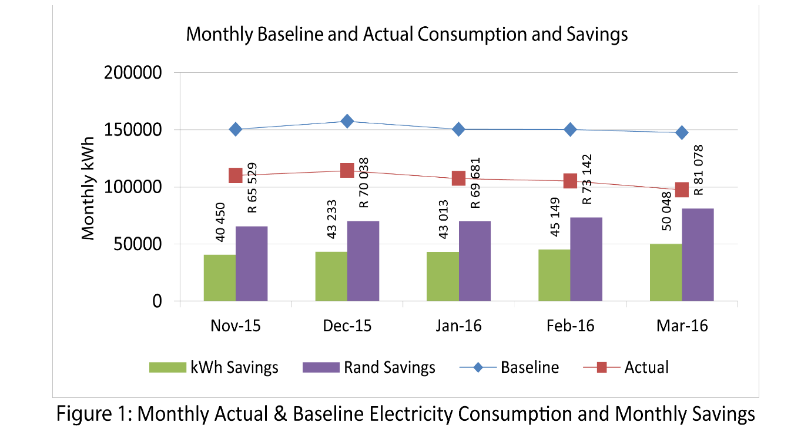 The Mitsubishi Electric VRF (Variable Refrigerant Flow) system modulates the flow of refrigerant, depending on the capacity requirements of the building. In the simplest form, a VRF system consists of an air-cooled outdoor unit and a series of indoor units that regulate the air temperature in an internal space.

Ideally, this is achieved by maintaining digital feedback from the indoor unit in order to continuously change the compressor’s frequency and the indoor linear expansion device, ensuring a perfect indoor space temperature.

The project started in late September 2015 and was completed by mid-November of that same year. The first savings were recorded in November 2015. Since November 2015, the project has saved 221,893kWh which is equivalent to 29% of the building’s total consumption. Extrapolated to a full year, annual savings of 532,544kWh is expected. In monetary terms, the annual electricity bill is expected to be reduced by R862,722 which yields a project payback of 4.1 years.

Below is a short Performance Evaluation Report of the air handling project which was implemented at the Standard Bank Chambers at the Commissioner Street building.

As the above summary clearly indicates, Mitsubishi Electric Airconditioning Distributors has shown its worth over a very short period and will continue to do so in the future. 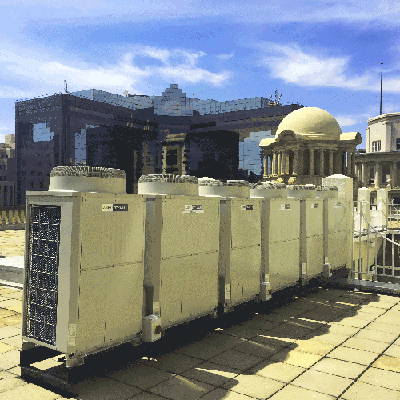 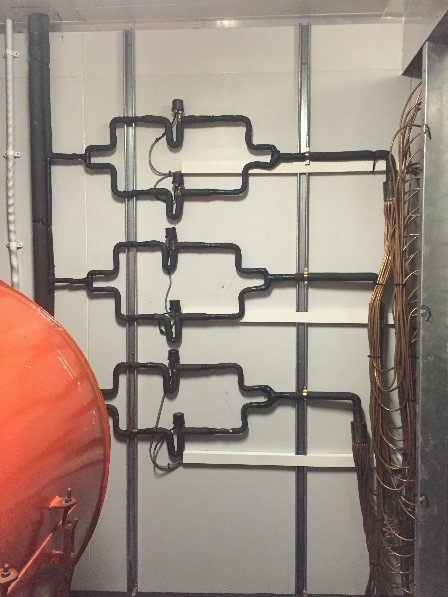 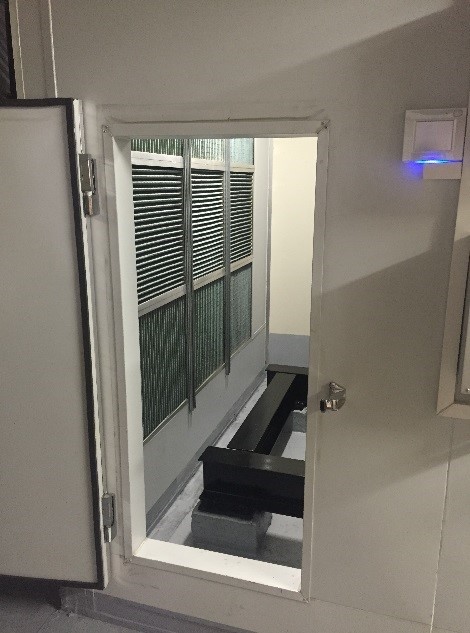 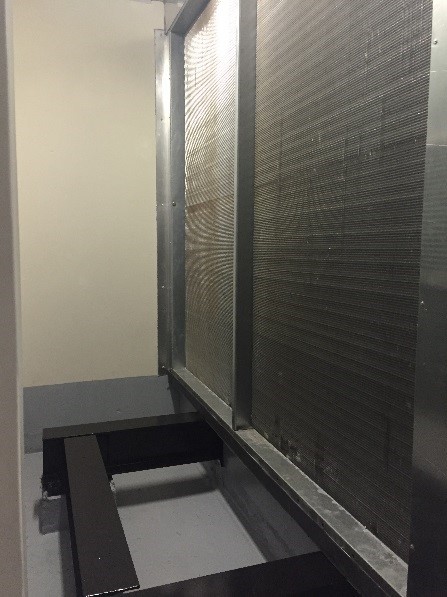